“The journey is a doorway through which you exit the known reality and enter another reality unexplored, it looks like a dream”

Guy de Maupassant, To the sun 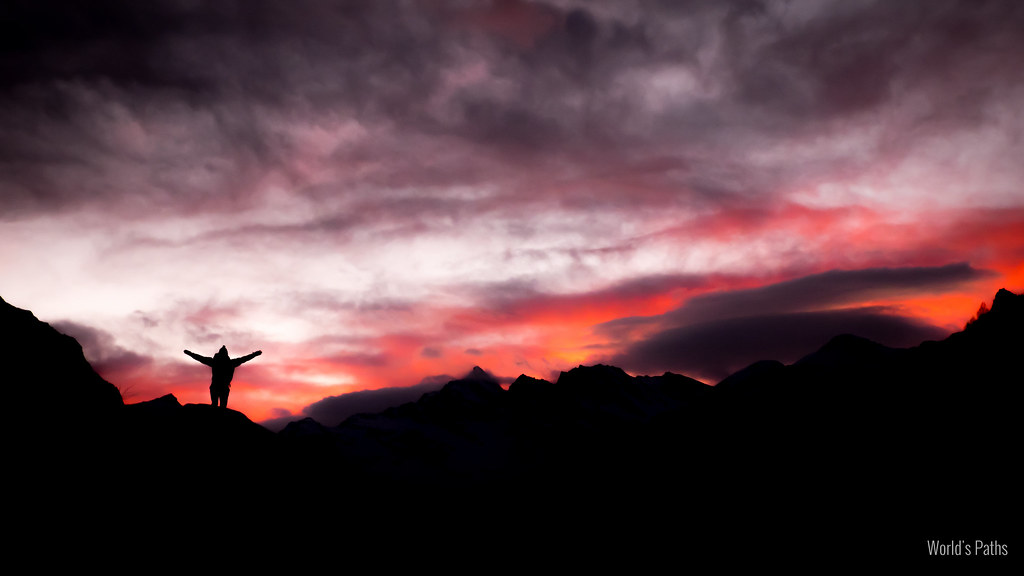 Sunset on fire in the Gran Paradiso Park

The picture has been taken near Noaschetta refuge, looking towards Ceresole village.

In 1856 king Vittorio Emanuele II declares the mountain range of Gran Paradiso as Royal Hunting Reserve, rescuing the ibex from extinction and in 1913 the last royal hunt took place. In 1916 king Vittorio Emanuele III decided to gift the land of Grand Paradiso, his personal property, to the State, with the purpose of establish the first National Park for alpine flora and fauna preservation. On 3rd december 1922 is established the Gran Paradiso National Park, the first italian national park, preserving its flora and fauna and its peculiar geological formations, as well as the beauty of the landscape.