The Bar U Ranch, a jump back in time

But of ranches and cows too and not only in the United States. We have seen it in Montana, the main activity is farming, both with agricolture and livestock. And the grazing size gives it a really particular and amazing look. 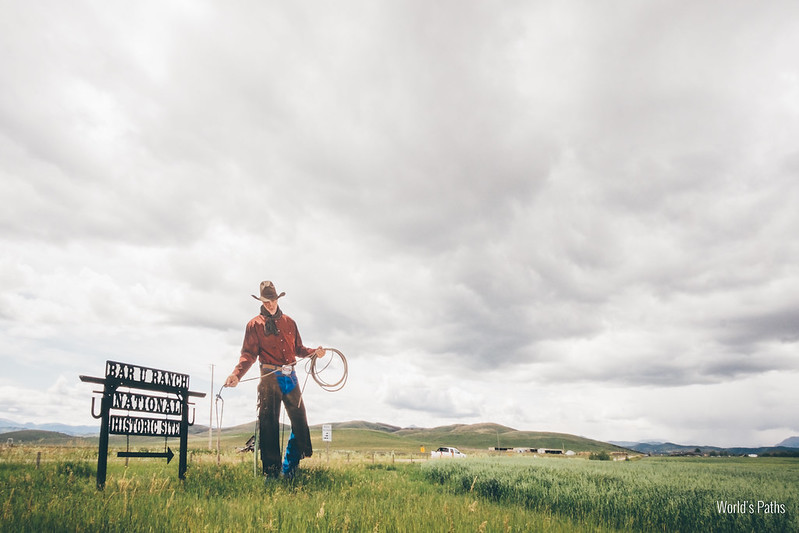 Welcome at Bar U Ranch, the biggest ranch of Canada

The Bar U Ranch, now historic naional site, has a really long history. Established in 1882 as a large corporate ranch, it has been one of the big national ranches in the country, and moreover, one of the only able to survive almost a century, up until 1991 when it was bought from the State and became a national historic site. It was meant to keep traditions alive and tell all of it to the visitors. 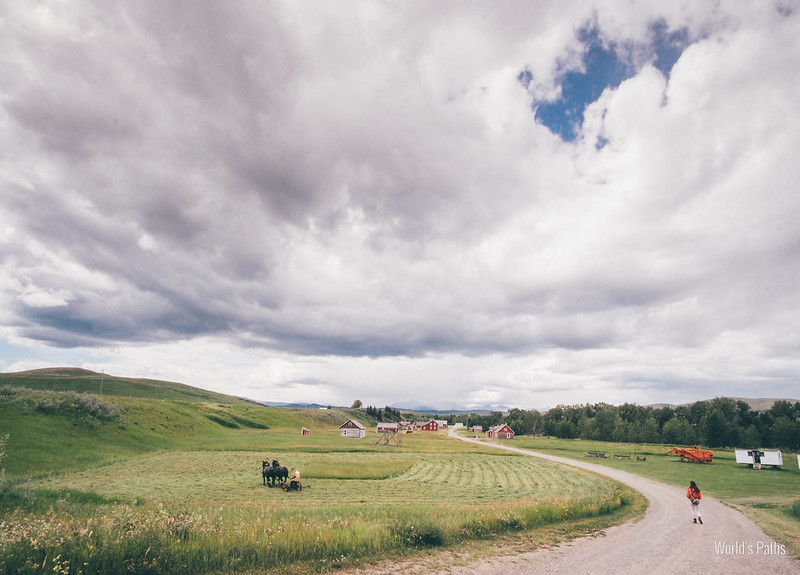 Our Discovery Pass for the park entrance let up getting in without paying, the entrance fee included in the pass. We just wait for the rain to stop and the begin to walk down the entrance boulevard which leads to the mainquarters of the ranch.

On our left, a big wheat field is being reapped with an old manual machine pulled by horses, and the man driving it seems to have a lot of fun. 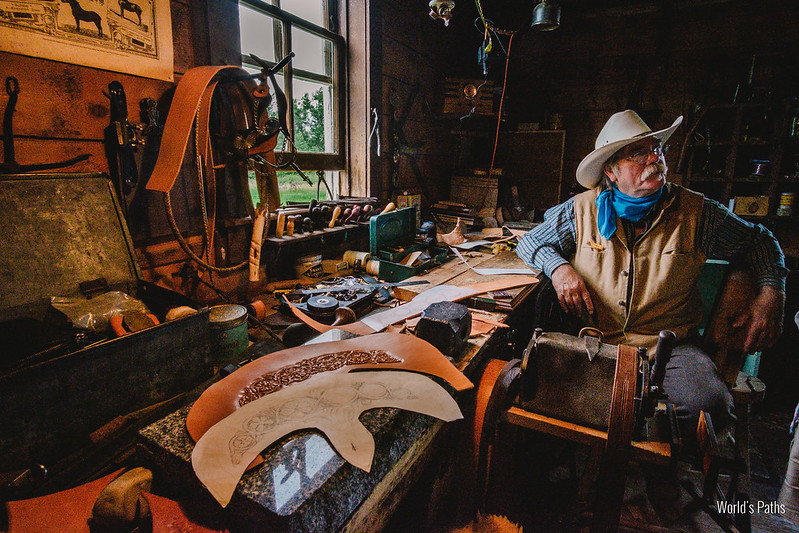 Our first part of the visit is in the machinery area, with the tack room and the tool sheds: nothing is recent, everything is either well mainteined or restructured, exactly like it was once. There is the shed with the big tractor inside, the tack room with the leather workshop – who can make custom productions, if asked – some old cars parked in the lawn here and there, like in many other farms still today, where you can usually find some rusty old cars leaved there on their own. 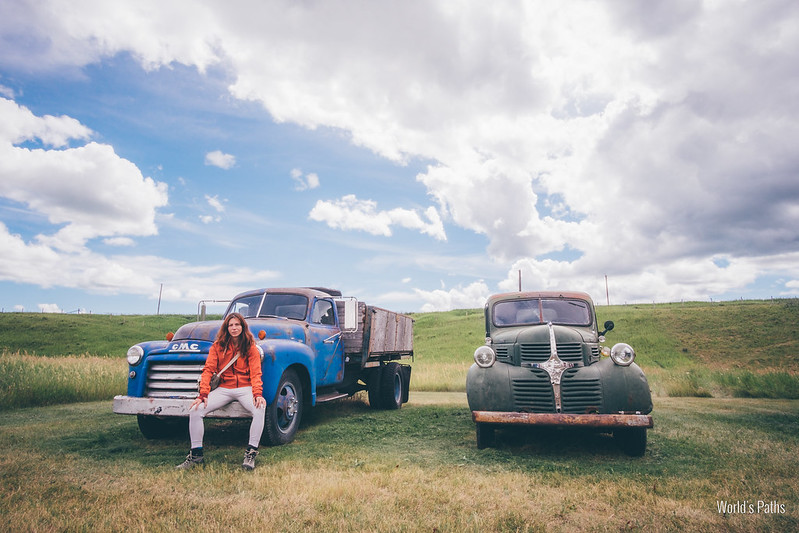 Old cars and trucks show themselves here and there

We are really tempted to just turn on the engine and have a drive of the big old tractor still used today, but we would probably be arrested in minutes. So we just have a picture with it, on one of the big tires. 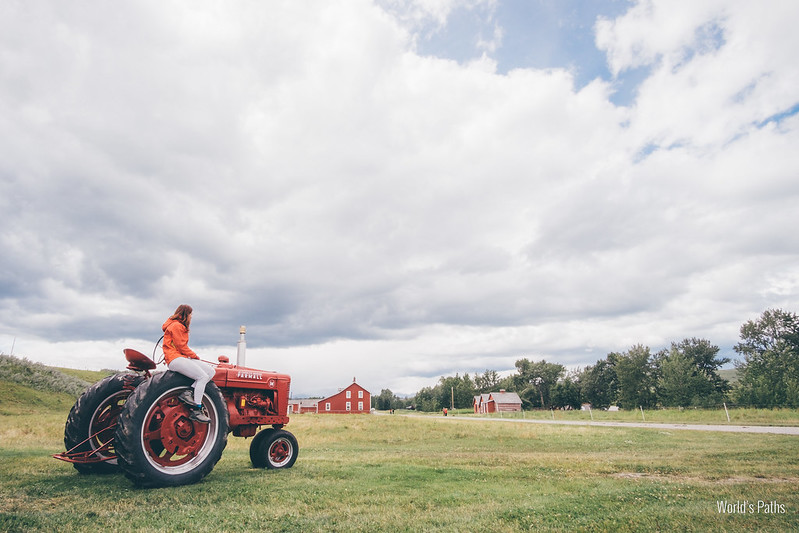 The old big tractor still in use is amazing

We are now in the center of the little town, just a bunch of buildings: there is the old post on our right hand and the dorm/home on our left side. We have a quick tour of the vegetables garden and of the underground cellar, dug up near the vegetable garden and after we enter the dorm/home: a big dorm on the upper floor for the day laborers, a living room with a nice fireplace, a big eating room and the kitchen on the lower floor. That’s it, they didn’t need too much. 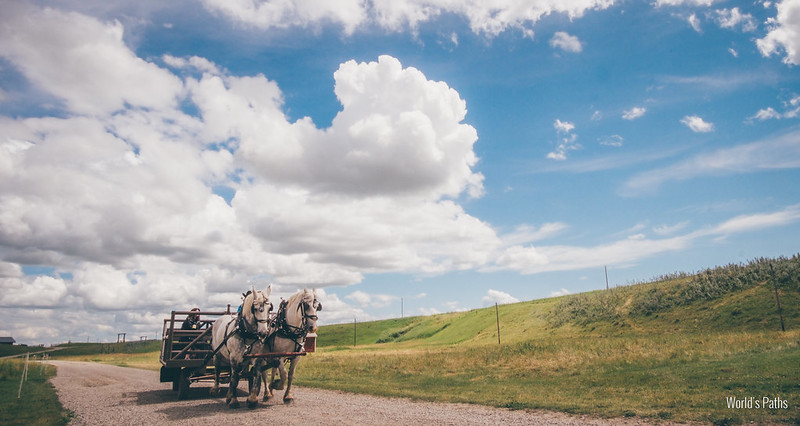 The cart which drives people around, up and down the boulevard, we will take it on the way back

We have a tour of the stables and the barns, all of them built in wood and absolutely perfect, full of tools. There is also the reproduction of a cow to get some excercise for with the lazo.

Every place has lots of signs explaining everything: what every building was meant to be, how it is built, its history and some particular story about it. So, you cannot get bored. 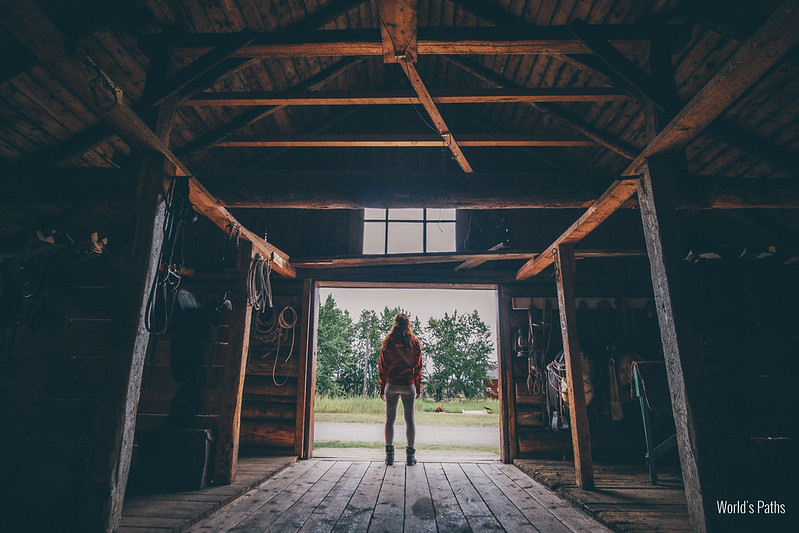 Entering the stables is really as entering another world’s door

At last, after all the welcoming houses and sheds, we go to the camp. That is the quite accurate copy of the original one. And a nice man tell us some story. 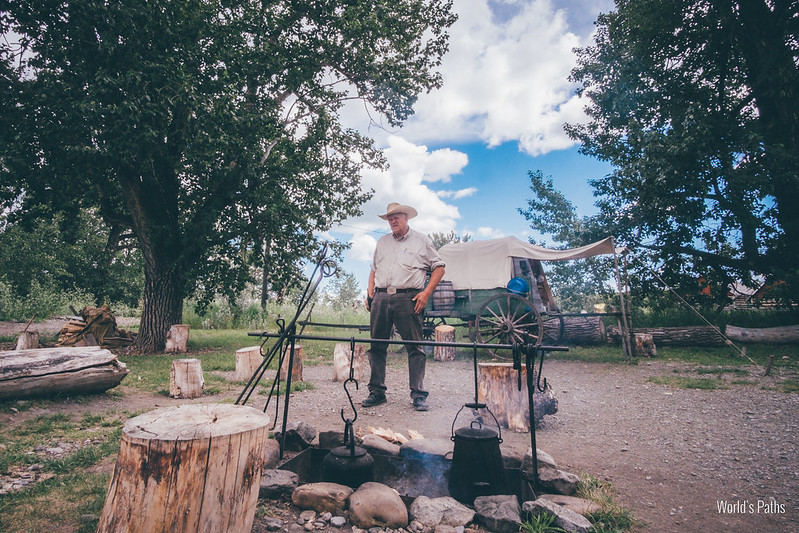 A real camp, with some hot good coffee cooked on the fire

Cows, until not too much ago, were left free to roam in the endless Alberta’s prairies and often they went to Montana in the south or in the canadian state of Saskatchewan in the east. Cowboys, twice a year, needed to go and brand the calves and take all the cows who needed to be butchered or sold.

The whole thing was quite a challenge and lasted a couple of months, during summer and autumn: some hundred men left, using some carriages as kitchen which were really slow but still totally necessary.

They would have traveled only for some hours every day because before leaving they needed to pack all the camp, and it was really not easy at all and before sunset everything had to be set again – no portable torch were available and our two-seconds pitching tent were just a nice dream – and everyone needed more than one horse to go get cows and calves, since we are told that a particularly energic cow could fatigue easily a horse. 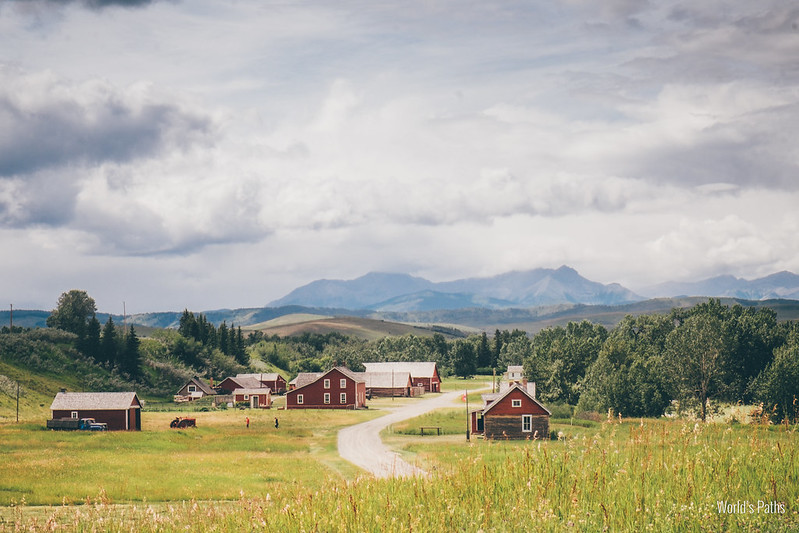 This was the big city which a hundred years ago was hosting some hundred people, unbelievable

Full of nice stories in our minds and with a nice hot coffee in our hands, we jump on the carriage which brings us back to the entrance, fascinated by this old way of leaving so different from ours.

We enjoy the nice view of all the little homes from up above the little hill and then it is time to hit the road, again. But not too much, because once we arrive in Longview, on the road to Calgary, un saloon lure our attention and our empty bellies. 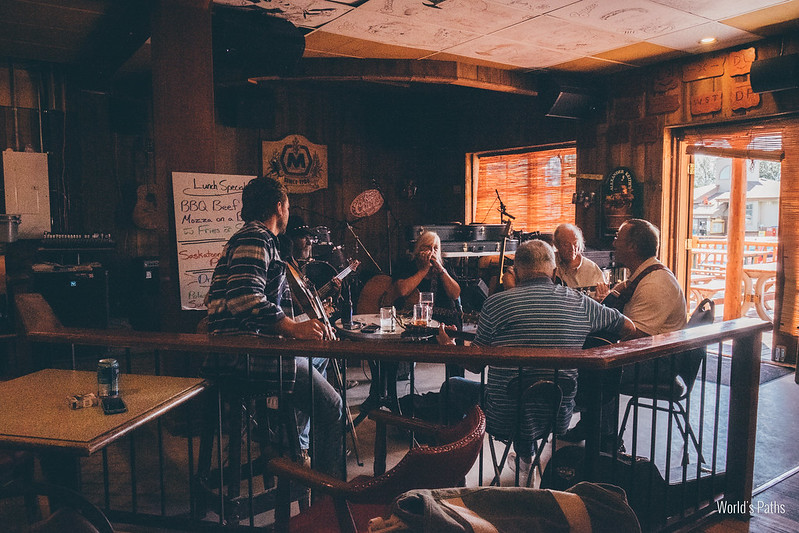 We could not have choosen better. Beside a really good and tasty hamburge full of delicious beef jerky and a lot of barbecue sauce, the attached sunday customers – as we are told – cheer us with some really good country live music: there is an old lady, the usual singer during the week evening here, who leads a group of men from al ages, from the really old one, his husband, to a guy oouur age. So, here music is a family tradition told from fathers to sons.

Enjoy your meal all of you!

Then it is time to go home, we head north, Carstairs is waiting for us.